Our commercial roofing products include: spray foam roofing, silicone roof coatings and elastomeric roof coatings. Titan Applicators has partnered with the leading manufacturers to provide our residential and commercial clients with top of the line coating materials.

Get your free Quote

Thank you! Your submission has been received!
Oops! Something went wrong while submitting the form.

Why Choose Titan Applicators for Roofing?

Extend the life of your current roof with 20+ year warranty. 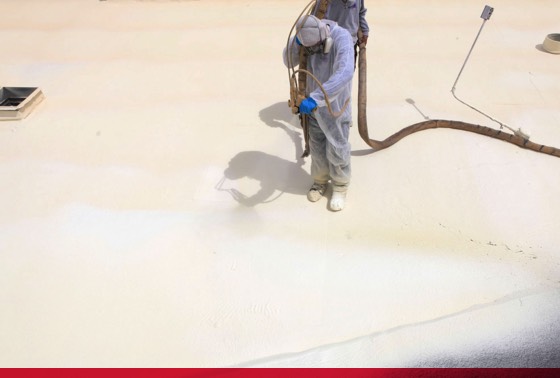 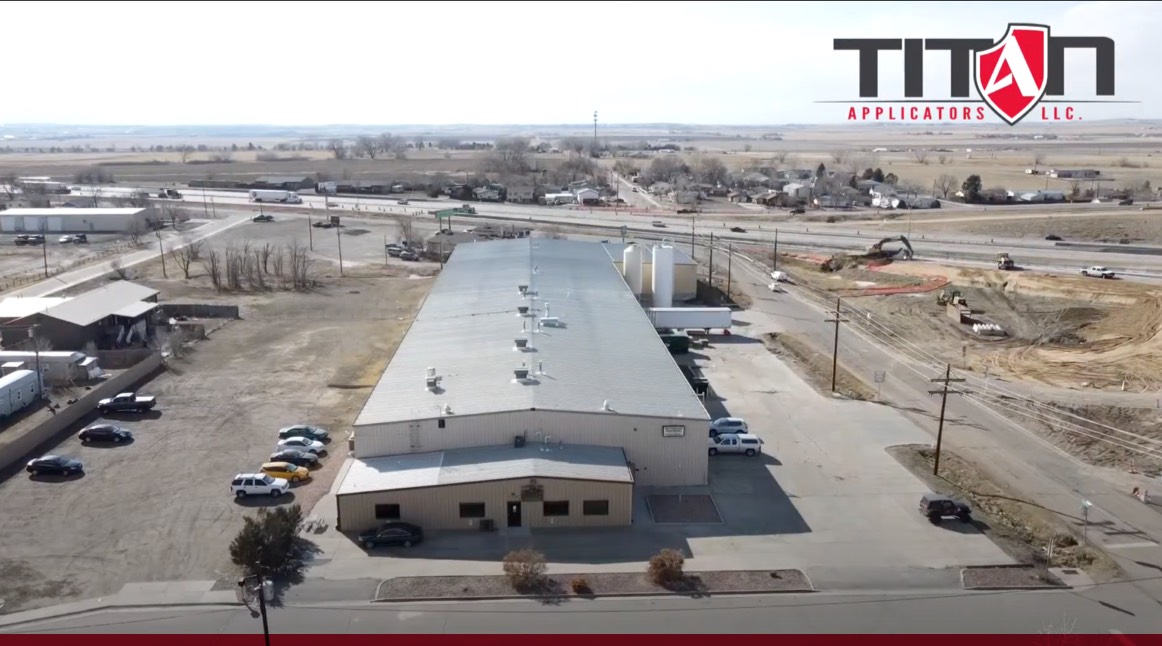 The Perfect Mix of Value and Performance

Spray foam roofing solutions have a variety of commercial and residential applications. Well known for being durable and lightweight, spray foam roofs have been used in Colorado for well over 40 years. SPF roofs are a great green building solution because they  can significantly lower maintenance costs and reduce energy consumption for building owners and property managers. Not only that, these spray foam roofing systems are easy to apply and also possess the flexibility to adapt to uniquely shaped structures and difficult-to-flash penetrations.

Titan Applicators has partnered with manufactures that only use the finest raw minerals which are secured from the most reliable sources. Once manufactured, all the commercial roofing products undergo rigorous quality control testing conformity to the strictest standards and specifications.

Rather than budgeting for total roof replacement, it may be possible for commercial building owners and property managers to expense a roof coating restoration as a repair or maintenance cost. 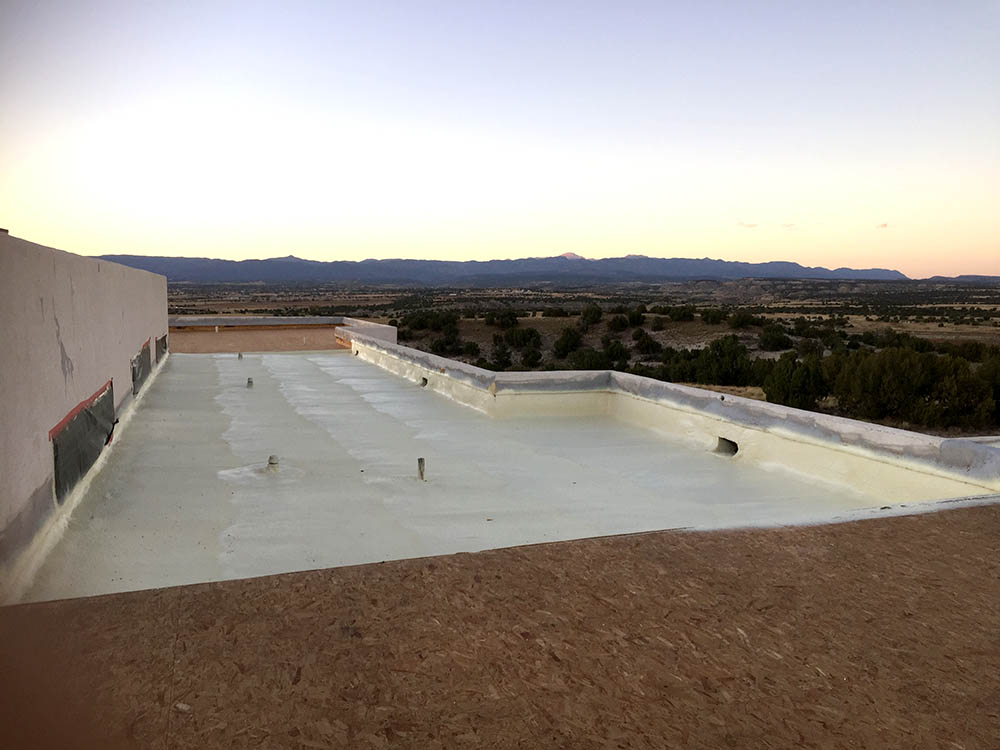 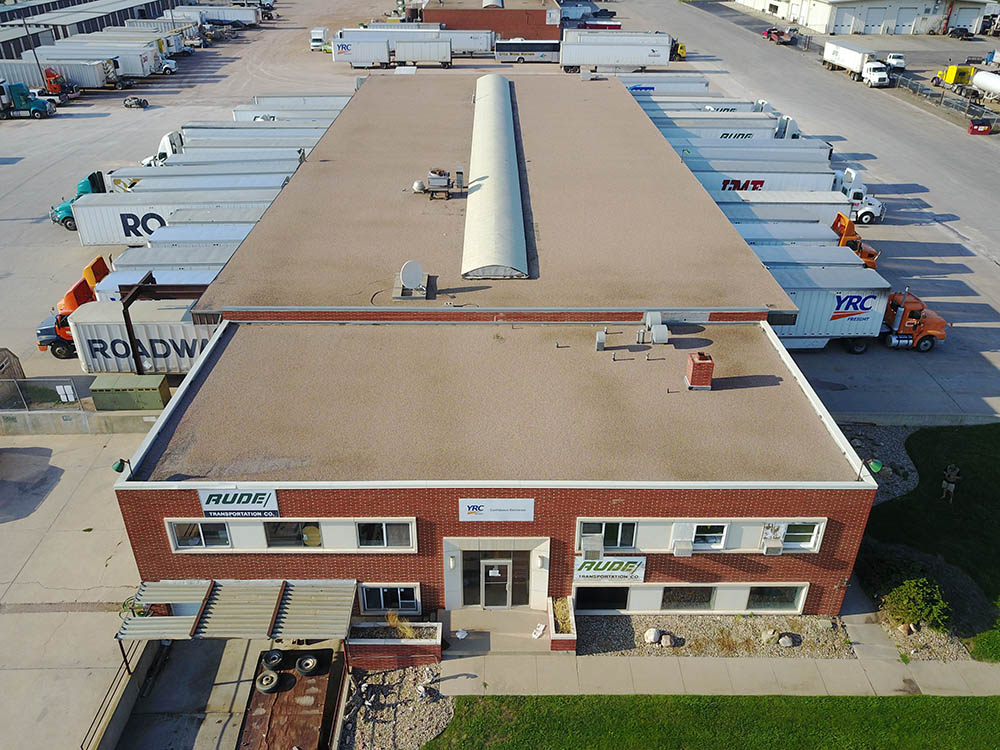 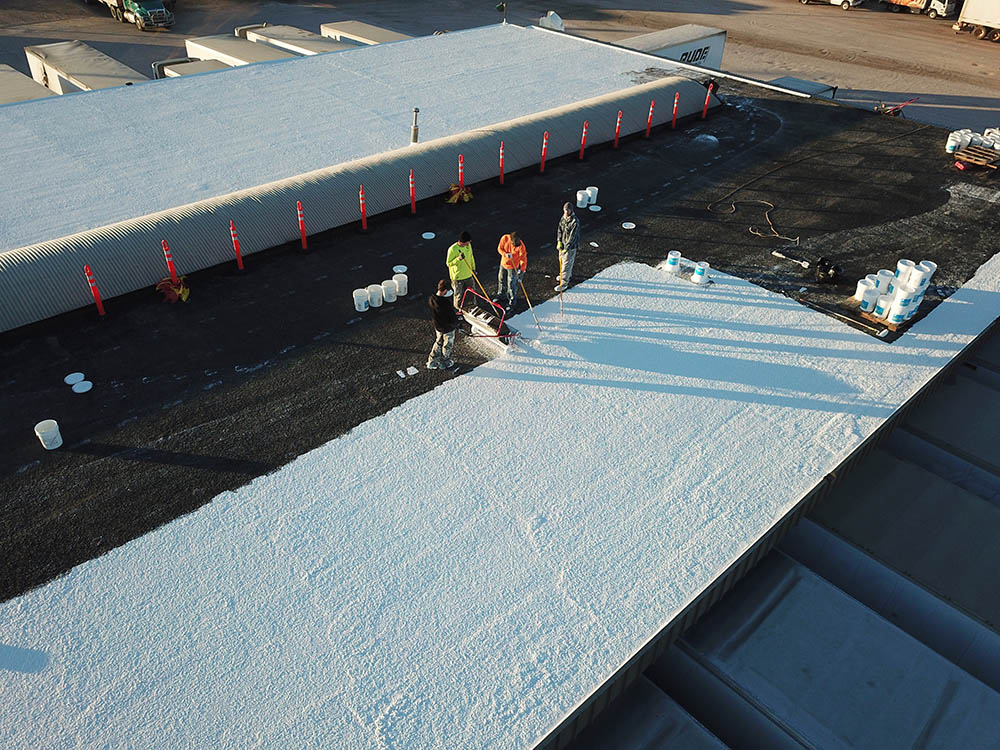 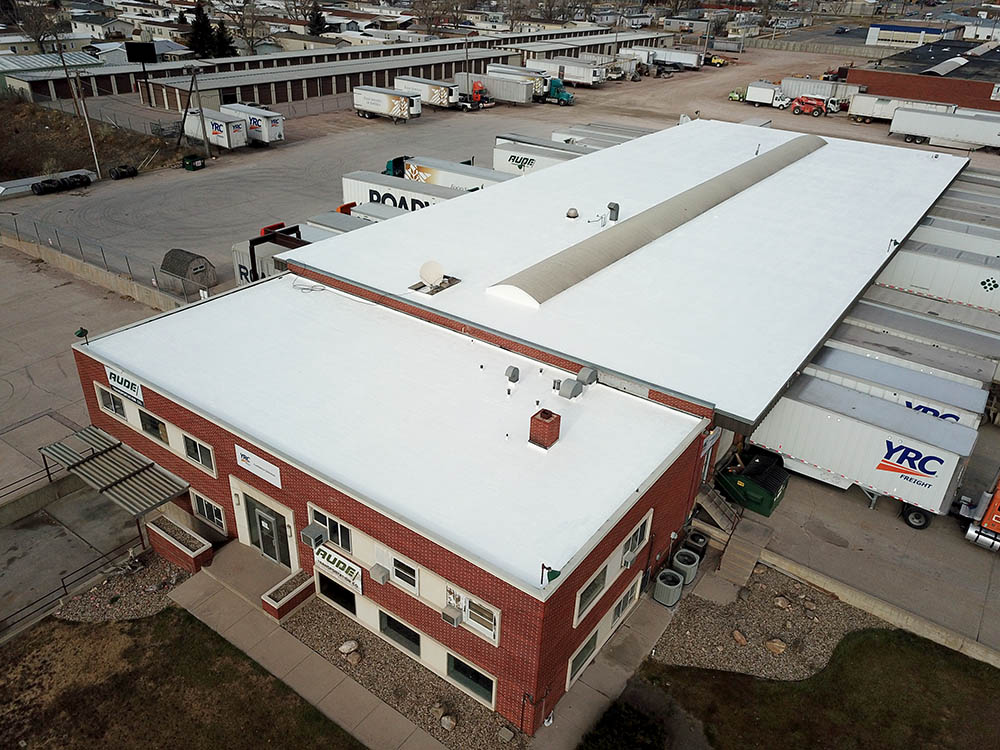 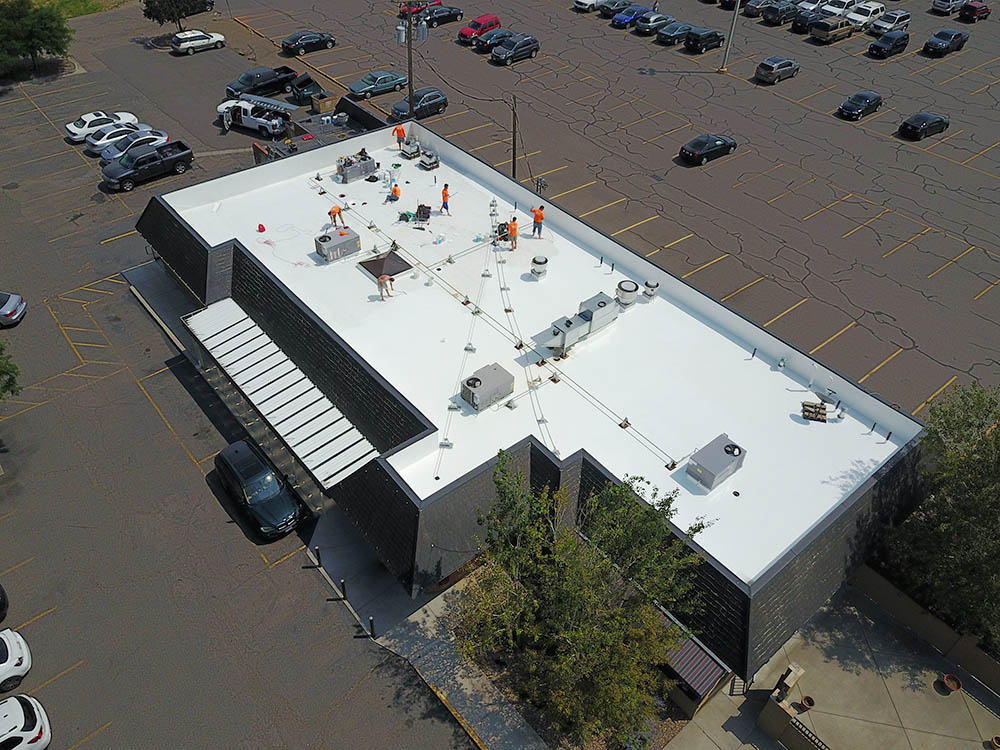 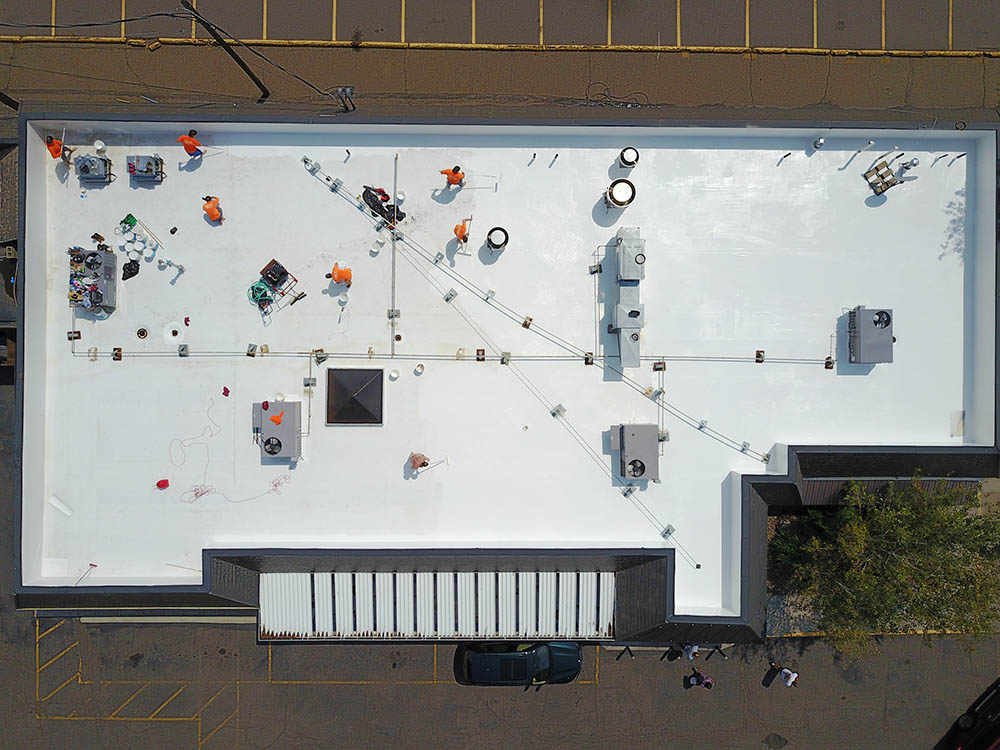 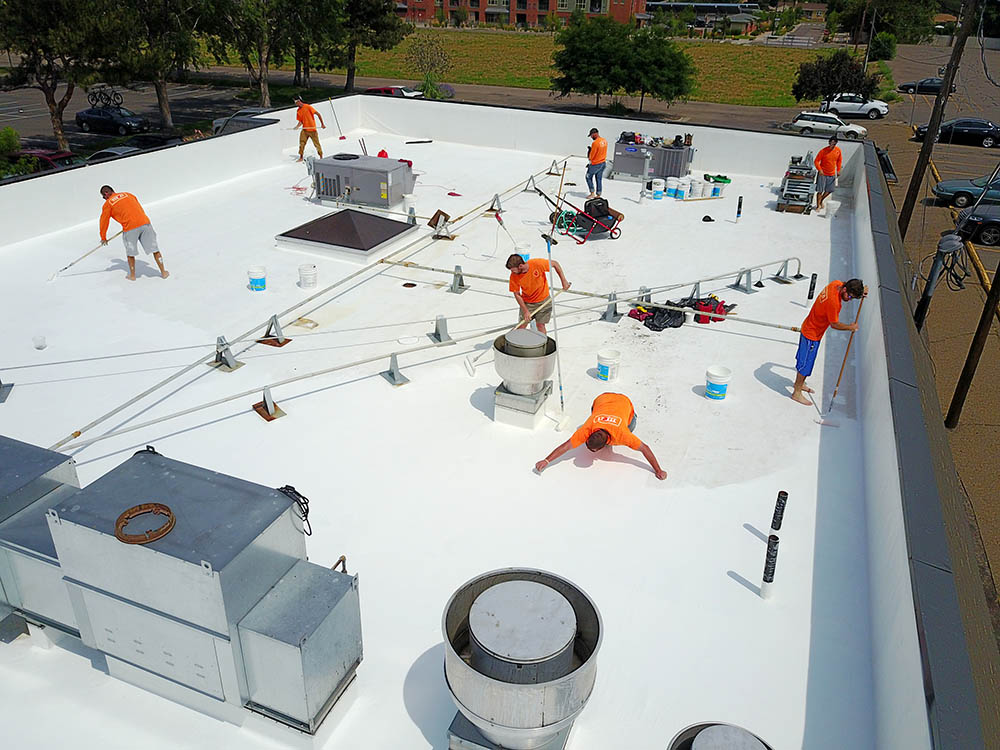 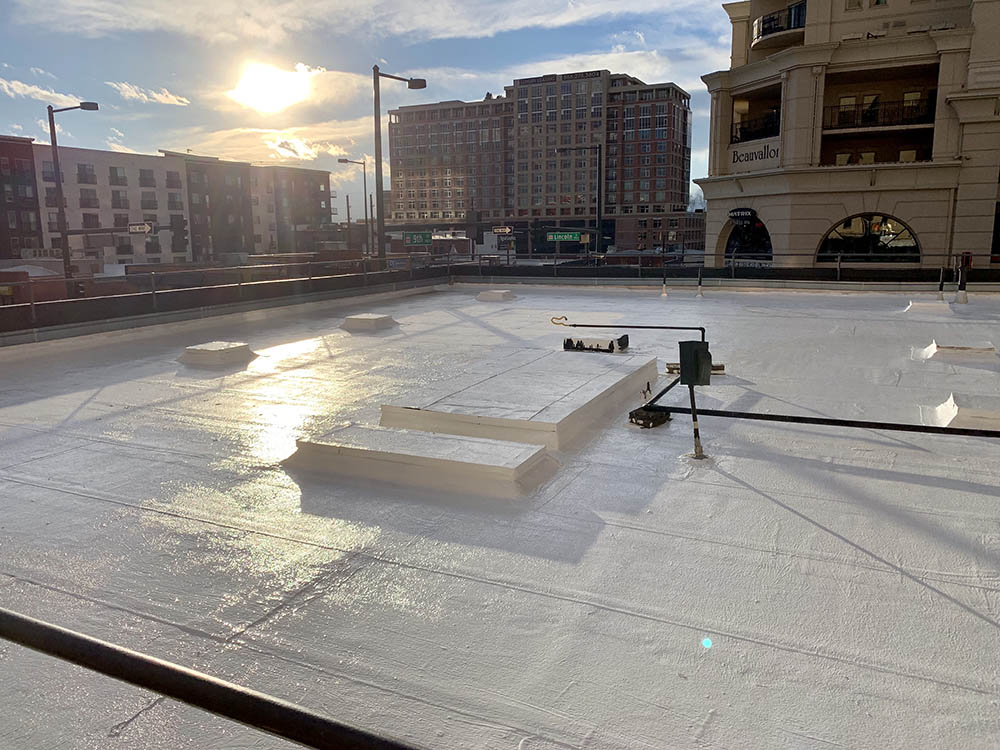 Do bears poop in the woods? Is the Pope Catholic? The answer we’re getting to is YES.

Spray polyurethane foam comes in different densities, and roofing spray foam is much higher density than those used as seat cushions or wall insulation. Roofing foam is often an excellent choice for Colorado roofs because it is rigid, seamless and monolithic in nature. It also offers increased protection against air and water infiltration and bonds to the structure to which it is applied.

Our fluid-applied roofing product line includes: SPF, acrylic, silicone & fluid applied rubber. Not only do these commercial coating products extend the life of your roof, saving you from costly and total replacement, our systems are designed to reflect the majority of the sun’s heat waves. So, naturally, your building stays cool – lowering air conditioning bills by as much as 30 percent!

ask about our pricing 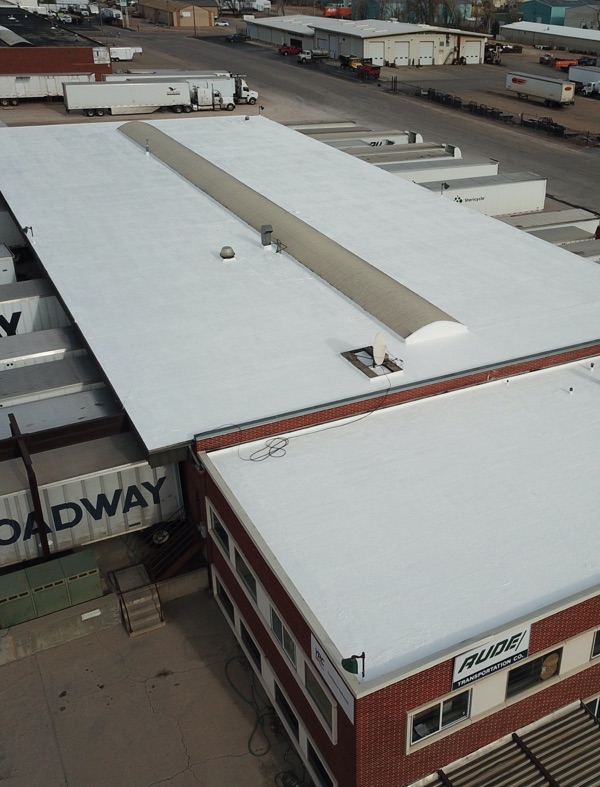 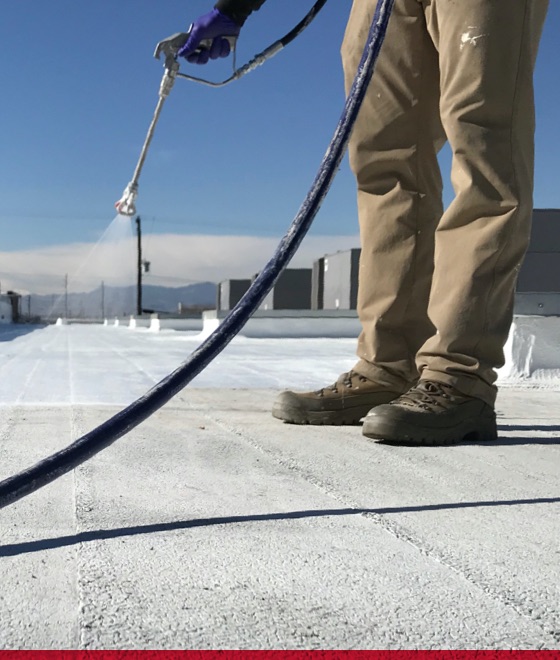 Hop in our DeLorean and call us Doc because we’re about to take you back to a little piece of Colorado history that most of you will remember. In May 2017, a hail storm passed through Northeast Colorado and caused a lot of damage. Trees were knocked down, power was out and many vehicles were damaged in the greater Denver area. The hailstorm as been reported as the costliest on record for the state of Colorado. When that storm ripped through the Front Range, it showed no mercy on the roof of the Colorado Mills Mall, in Lakewood.

Hail blasted through the roof of Colorado Mills, forcing the mall to close its doors for months while they repaired damage inside and out. Not only did they have to repair the roof damage but the residual effects were astronomical: thousands of employees were out of work, individual store owners had to deal with their own losses and interior renovations were necessary. Furthermore, according to the Denver Business Journal, “its six-month closure hit the city’s coffers, with officials estimating Lakewood may have lost about $350,000 a month in sales tax collections.” Great Scott!

To the DeLorean and back to the future. Prior to the hail storm, the roof on the Colorado Mills Mall was a single ply roof. Reports indicate that there were different ages of roof sections but the roof was mostly, if not all, a TPO roof. To be clear, we’re not knocking TPO roofs. No roofing material can withstand a hailstorm of that magnitude. Nonetheless, research has indicated that the damage caused by wind driven missiles typically does not cause spray polyurethane foam roofs to leak AND this damage can usually be repaired economically  and does not require the roof to be replaced. – As long as building owners and property managers are diligently inspecting their roofs, as they should be with any roof type in Colorado, it is our opinion that spray foam roofs are the best long-term investment you can make, 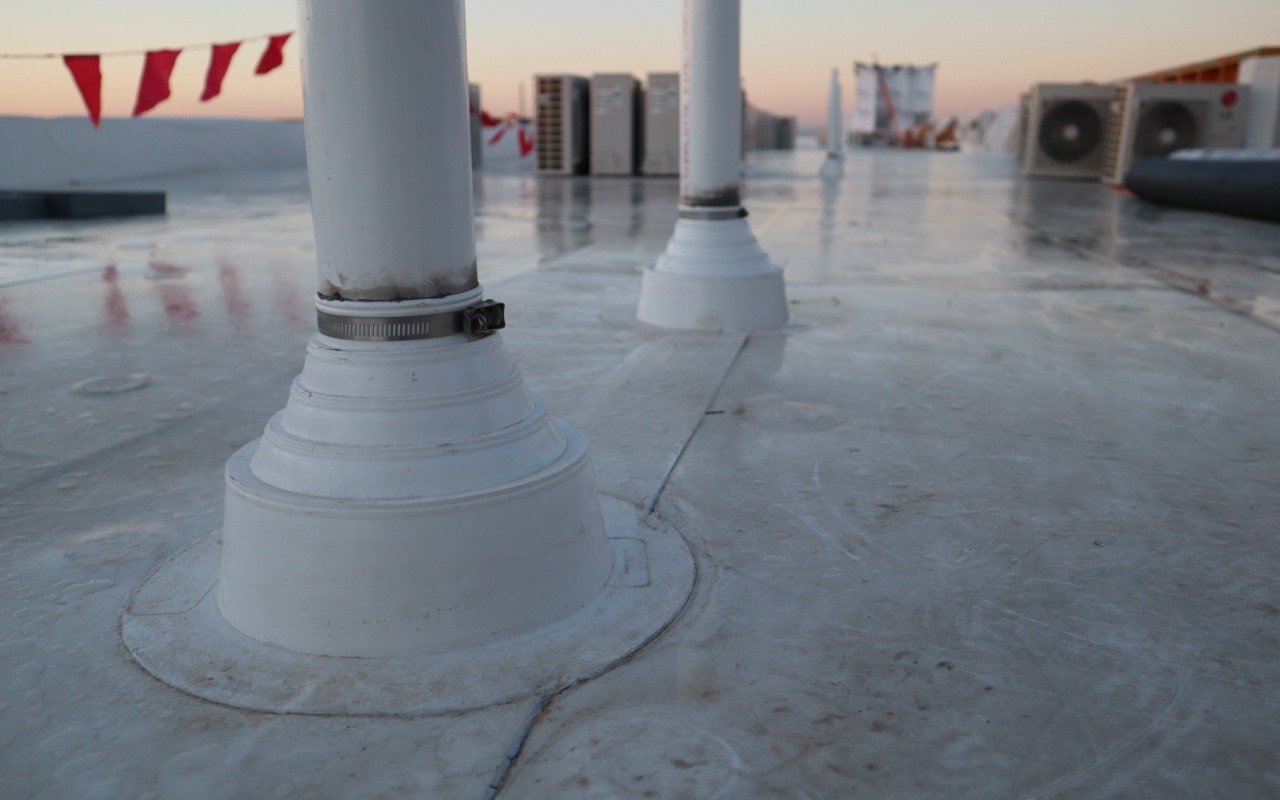 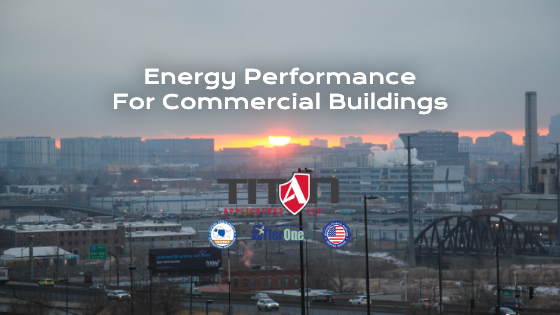 How A Roof Effects Energy Performance For Buildings 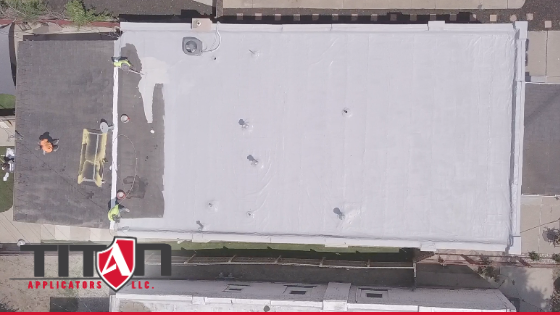 What our Customers are saying

I couldn't be more happy with the job these guys did. They work quickly and efficiently. Very personable and make you feel comfortable every step of the way. I would highly recommend this company again and again.
Max F.

Titan was wonderful to work with. Customer service was top notch and their crew was very professional. I would highly recommend using Titan.
Tyler C.

The guys did an excellent job and were great about helping me with some extra work. I will be having them come back to do the walls.
Mark K.

We had a great experience with this company. They were very professional, fast, efficient and they clean after themselves (They even vacuumed after they finished). They did a great job with the insulation!
Ana B.