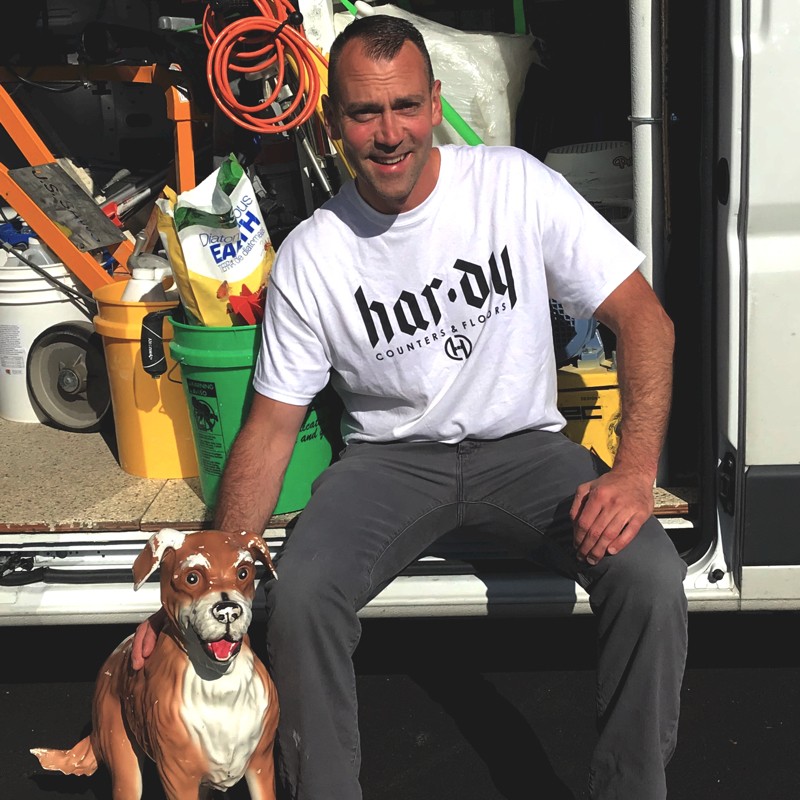 Josh Jones is the President of Substrate Technology Inc., a U.S. manufacturer of floor grinders, polishers and other surface prep equipment; and he's been working in concrete prep for 29 years!

But, he's not just some distributor who talks the talk. He also walks the walk, literally. I've been following him on LinkedIn & Facebook for about one year and I've probably watched him walk over 5,000 miles in all of the educational and informative surface prep videos he posts on-line.

Josh is the king of concrete surface prep content; and it's not content that pushes his products and services. He adds tremendous value to his followers by sacrificing the integrity of his own warehouse floor to test, troubleshoot and demonstrate real-world applications of surface prep tools and concrete coating applications.

"A coating, when it fails, doesn't one day decide to give up. It's just the day on which its final attachment... decides to break down. Then, of course, it starts to peel from the floor. That process can honestly be started within a week of it being installed. It may have never properly attached. It just, at some point thanks to dynamic load, started to show itself a year down the road. Which is why coatings sometimes get a bad rap. A coating should never delaminate. It certainly could wear through. Eventually, traffic could wear through the top. But, if at any time during the life of a floor [a coating] starts to peal off of the concrete, then it's either bad preparation or an environmental condition that took place below the slab; like a broken pipe or flooding. There's no reason a coating should remove or lift itself from the floor other than surface preparation."