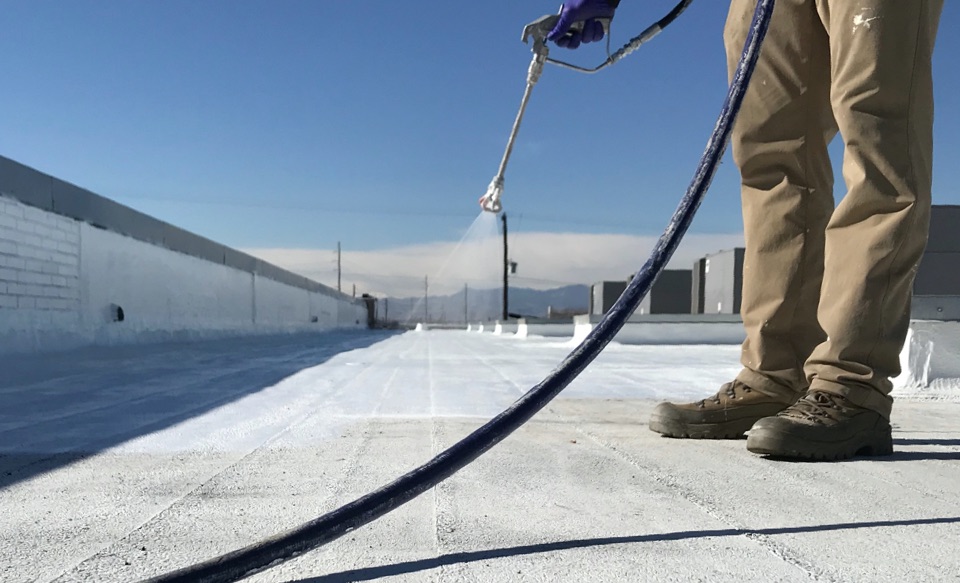 Titan Applicators restores a roof at a Denver Business Complex as part of a plan to upgrade the facility.

In November 2019, property management company Radivo Asset Management expanded its portfolio in to the Denver Area with a new business complex in suburban Denver, CO. As part of their plan to upgrade the 150,000 square foot facility, Radivo quickly reached out to roofing contractor Titan Applicators LLC in search of assistance.

According to Tony Bock, co-founder of the Titan Applicators, Radivo made it clear from the start that deadlines on many fronts would be critical. “Initially, Radivo was looking for pricing on the three separate establishments that the one building is comprised of, and they did not believe they could re-roof the entire facility in the same month,” Bock explained. But after determining the clients overall roof objectives, Titan worked on logistic strategies that made it worth Radivo’s while.

“It started with our consulting team,” said Bock. “The biggest reason they selected us was because they realized early on we don’t mess around. Our team responded to their inquiry promptly, assessed the condition of the current roof, developed a plan-of-attack and considered potential obstacles; all of which proved to be crucial as the imminent winter weather drew nearer.”

The roofing job consisted of multiple crews operating two coating rigs which worked simultaneously. “There were two or three teammates that helped move hoses and rolling out product and a ground man that operated the pumps and other equipment,” Bock explained.

With the applicators in place, the rest of the crew power washed the substrate using 2,500-3,500 psi washers to ensure proper surface preparation by cleaning and removing contaminants. From there, the Titan crew used a primer treatment over the existing single-ply membrane to ensure proper coating adhesion and act as a stain-blocking sealer before the final application of silicone.

Once the primer was applied, crew members prepared roof penetrations, along with other detail work, so the silicone coating applicators could work fast and efficiently.

The finishing touches involved areas of the roof with rooftop equipment, such as HVAC units, where maintenance personnel might wall more frequently than most other areas. “For those particular areas, we did an additional layer of silicone with a safety- yellow aggregate finish,” Bock said. “It adds durability and slips resistance.”

In the end, the client achieved its desired objectives without interruption to the businesses which occupied the spaces below.

“Fortunately, we had a nice stretch of warmer early fall weather,” Bock added. “It helped because it meant the coating materials could cure within hours, rather than having to potential wait before installing additional layers. The silicone roof system is renewable, providing Radivo with a watertight roofing solution that will likely exceed the life of the structure.”